Welcome to day one of Anderson O’Donnell’s “Kingdom” blog tour! Today we have a special guest post for you from Anderson O’Donnell to introduce the tour itself. My review will be coming later in the month! The full tour schedule can be found on Once Upon a Time.

First off, I want to thank each and every blogger who graciously agreed to join the tour. And a special thank you to Hannah Richardson for helping me organize this tour—she has been tremendous.

Now, about the tour itself: Beginning today, and running through July 3rd, the Kingdom blog tour will feature reviews, interviews, guest posts, giveaways, and a few other surprises—including an international contest to win a Kindle Fire. 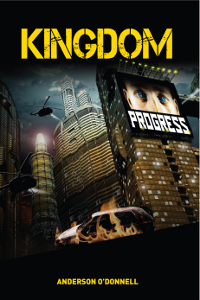 The blog tour is being conduced to promote Kingdom, a dystopian, biopunk-thriller, and the first part of the Tiber City Trilogy.

Most people are familiar with the term “cyberpunk,” but “biopunk” is harder to nail down. In many ways, biopunk is similar to the cyberpunk genre, and shares many of the same themes and archetypes: the dystopian future; the overreliance on technology; mega-corporations; a constant and overwhelming flow of data; the anti-hero—these elements are integral parts of both genres. And both genres are fueled, to some extent, by the sense of rebellion and desire for individual freedom expressed by the original punk rock revolution. But the main difference—the most important difference—is that while cyberpunk focuses on invasive technological modification of the human body, biopunk explores the dehumanizing consequences of biological modification, of re-arranging our DNA in the pursuit of perfection.

And it’s these consequences that fuel the action in Kingdom.

Here’s a brief introduction to Kingdom:

In a secret laboratory hidden under the desert, a covert bioengineering project—codename “Exodus”—has discovered the gene responsible for the human soul.

Somewhere in the neon sprawl outside the nation’s collapsing economic core, a group of renegade monks are on the verge of uncovering a secret that has eluded mankind for centuries.

In a glittering tower high above the urban decay, an ascendant U.S. Senator is found dead—an apparent, yet inexplicable, suicide.

And in the streets below, a young man races through an ultra modern metropolis on the verge of a violent revolution…closing in on the terrible truth behind Exodus—and one man’s dark vision for the future of mankind.

And, if you’re interested in entering the Tiber City Kindle Fire Giveaway, you can enter the contest through the widget on the sites hosting this tour (see below).

Thanks again for checking out the Kingdom blog tour. 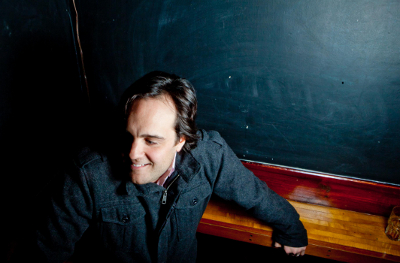