It’s time for something new on The Oaken Bookcase – a cover reveal. I’m very excited to be able to present the cover art for Becca Campbell‘s upcoming Science Fiction book, Foreign Identity. 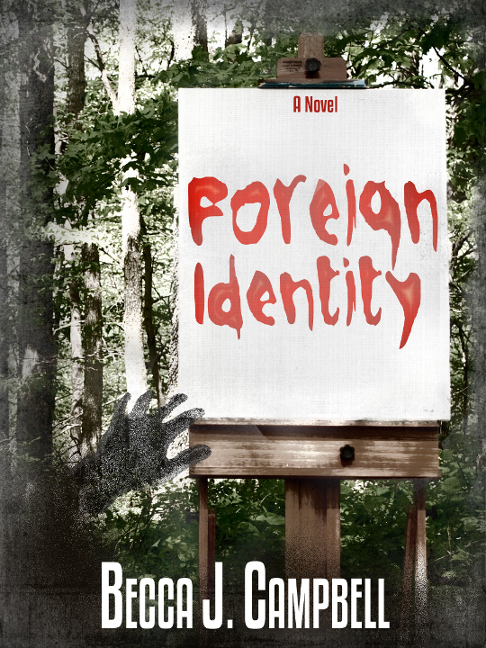 The bloody writing and the ghostly hand reaching towards it seems rather chilling – this might end up being a scary one!

Cold. Confusion. Fear. This is how it all begins.

Waking up without your memory in a cell and bound by chains is terrifying.

Two nameless strangers, a man and a woman, find themselves imprisoned together. With no memories of their own identities, let alone their captor and tormentor, escape is the only option. The pair faces a bizarre labyrinth of rooms and clues that confuse more than they explain. Every discovery only brings more questions.

Who captured them? Why were they taken? What does their captor want from them? What can the riddles mean?

Lacking allies and options, the duo must learn to trust one another. Mazes, puzzles, and even strange, lurking creatures force them to rely on their wits–and each other–for survival. But survival isn’t enough. They need answers.

Will the answers be enough? Will the truth bring them closer together, or drive them forever apart? Will discovering their identities finally bring them home?