Five For Friday: Get Excited For Stormdancer 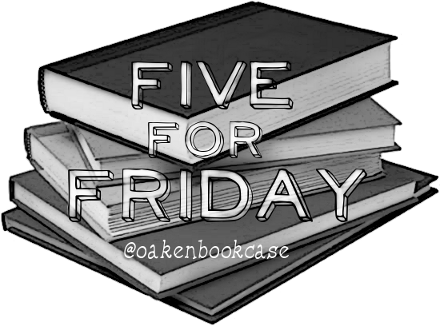 This Discover Australian Fantasy Five For Friday is brought to you by the amazing Rebecca of Reading Wishes. Make sure to come back tomorrow for an interview with the man himself, Jay Kristoff!

5 reasons to get excited for Stormdancer! 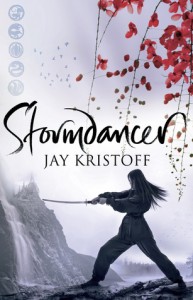 I’m not a huge fantasy reader, the one’s I’ve read so far haven’t exactly won me over but this one sounds incredible! *rereads blurb*

Jay is AWESOME. Not only does he take the time to connect with his readers but he’s so nice and thoughtful. The dude is epic. Oh and he’s hilarious and his personality is freaking
fantastic. Plus, he’s male! *throws confetti* We need more males in the YA biz, YO. If you need more reasons to love the guy, read this! 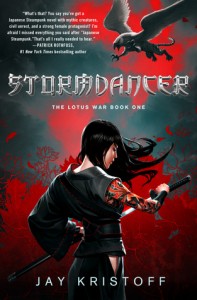 The cover(s) for Stormdancer are fierce! Whilst both covers are amazing, I love the US one the most. I mean, can you blame me?! Totally badass! 😀

Not only is Stormdancer billed as ‘a dystopian Japanese-inspired Steampunk fantasy’ but it’s also an Aussie title! You know what to expect then, right? BRILLIANCE.

So far the reviews that are circulating the blogosphere are brimming with awesomeness and positivity! If you need more convincing…

“Stormdancer lived up to the hype AND THEN SOME.” – Brodie @ Eleusinian Mysteries

“Something I like very very very much is that THERE IS NO CLIFFHANGER! It is a well-rounded individual book that so happens to have two books to follow continuing Yukiko and Buruu’s legacy.” – Braiden @ Book Probe

Excited yet? I bet you are! After writing this post I’m sold all over again! Get ready world because here comes Stormdancer!

6 thoughts on “Five For Friday: Get Excited For Stormdancer”