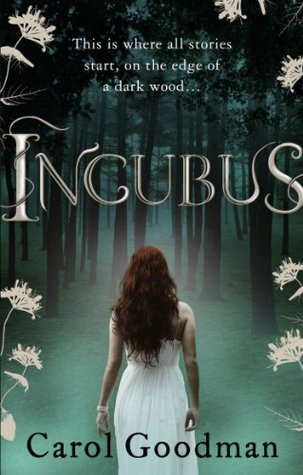 Title: Incubus (Goodreads) or The Demon Lover in the US
Author:

Dr. Callie McFay travels to the small college town of Fairwick in New York State for a job interview. Despite it being her second choice she finds herself talked into accepting a job offer from the Folklore Department to teach a class on demons and vampires. She also finds herself drawn to an old house in the woods where Gothic novelist Dahlia LaMotte used to live and buys it on a whim, despite the seeming reluctance of the estate agent to sell it to her.

But on the night of her job interview, she had a very vivid erotic dream about a man made out of shadows and moonlight, and this dream becomes a regular occurrence when she moves into her new home. Callie starts to feel like a heroine in one of the gothic novels she teaches as slowly it dawns on her that things at the college – and in her home – are not what they seem. She learns that her house is supposed to be haunted by LaMotte’s former lover and her new – and rather strange – colleagues tell her an unfamiliar fairy tale about an incubus-demon with a human past who was enchanted by a fairy queen…

Note: Incubus was published in the US as The Demon Lover, under Carol Goodman’s pseudonym, Juliet Dark. It is called Incubus in the UK and Australia.

This is where all stories start, on the edge of a dark wood… 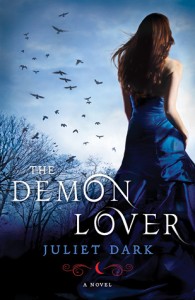 Callie has had erotic dreams featuring a shadowy stranger since she was a teenager, but since coming to live in the town of Fairwick, a few hours drive from New York City, she’s been having more of them. Her supposedly haunted house is not all that it seems and the woods in the back yard are home to some strange and dangerous creatures. Then, Callie discovers there is also more to the staff and students at Fairwick College than meets the eye. Callie’s struggles now include a strange presence in her house plus fitting into supernatural society, not to mention the freezing weather.

The premise and folklore of this story are very well-designed and those who love Celtic mythology should enjoy the many references to fairies and other creatures. It reminded me somewhat of Deborah Harkness’ A Discovery of Witches in its paranormal society and academia, and the sexy parts were quite True Blood. The writing was lovely to read and contains plenty of references not just to literary classics but also to modern pop culture.

Unfortunately, the plot did not flow well. Callie seems to flit here and there, does this thing, then she does that. There are a series of exciting events that happen every now and then, but the rest is filled with rather drab day-to-day college happenings.  I felt that quite a lot could have been removed without damaging the story, especially in the first half of the book. I was slightly baffled when Liam turned up, but it didn’t take me long to work out what was happening and after that the rest was quite predictable.

Callie didn’t seem like such a strong heroine and she doesn’t get much of a chance to try out her magical abilities, but I actually really liked Liam and I hope that the second book will bring more from him! I also enjoyed reading about the town of Fairwick and the staff and students of the college – the extra characters were the saving grace of this story, especially Ralph!

Despite the things I didn’t like about the story, I’ll read the second book in the series, The Water Witch – I’m very curious to find out what happens next.

What did others think of Incubus?