Welcome to The Oaken Bookcase’s stop on the Jack Templar Monster Hunter tour! Following my review, there are links to a whole lot of other articles about this book. 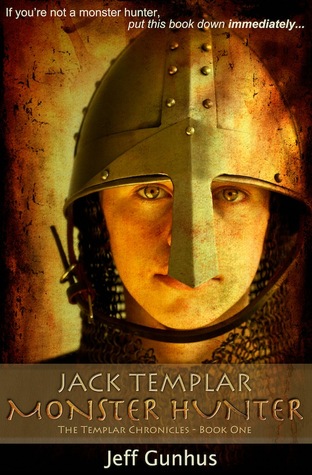 Orphan Jack Templar has no memory of his parents and only the smallest details from his Aunt Sophie about how they died. The day before Jack’s fourteenth birthday, things start to change for him.

At first it’s great: A sudden new strength helps him defend his nose-picking friend “T-Rex” from the school bully, and even his crush, Cindy Adams, takes notice. But then a mysterious girl named Eva arrives and tells him two facts that will change his life forever. First, that he’s the descendent of a long line of monster hunters and he’s destined to be in the family business. Second, that there’s a truce between man and monster that children are off-limits…until their fourteenth birthday! Jack has only one day before hundreds of monsters will descend on his little town of Sunnyvale and try to kill him.

Jack is an ordinary thirteen-year-old with the usual problems at school, but a few days before his fourteenth birthday, things start getting really weird. He’s suddenly a bit taller, stronger and faster, people start looking strangely at him in the street and his teachers start to go slightly mad. Jack thinks he’s the one going crazy, but then Eva shows up and reveals the world of the monster hunters to Jack and his two friends, Will and T-Rex.

As it turns out, monsters leave Monster Hunters’ children like Jack alone until they’re fourteen years old, then they’ll all be trying to kill him. Since Jack never actually knew much about his parents or the details of how they died, this is all rather overwhelming. He deals with the whole situation remarkably well though, and is kicking Creach butt before you can say “hey, here comes a horde of zombies!”.

Jack’s first person telling of this story is funny and rather dry, and very enjoyable. There are some rather adult concepts in this book including losing one’s parents, sacrifice and overcoming the odds, but it’s written about in a very accessible way and I think any young teen would love reading it. There’s plenty of non-stop action and at less than 200 pages, it’s quite a quick read.

Just be warned, the first chapter tells in no uncertain terms that reading this book will bring a horde of the Creach down upon your house, so read at your own risk. (Seriously, what a brilliant first chapter, I loved it!). Also, if you haven’t checked out the website, there’s plenty more monster hunter info there!

I really enjoyed this introduction to Jack’s world and I’ll be keeping my eye out for future Templar Chronicles! 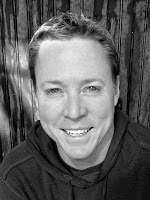 Visit the tour site at Girl Who Reads to see the full tour information, including a Giveaway with some awesome swag.

There will also be a Twitter party hosted by Jeff on Friday, Dec. 21, 6 pm – 8 pm EST. If you have survived the numerous monster attacks that you will undoubtedly face, chat with us using the hashtag #JackTemplar. The easiest way to join the party is with http://tweetchat.com/